How does it feel to live in a multi-faith society?

Living in a multi-faith or a multi-cultural society provides the opportunity to see how lots of different faiths live side-by-side and meeting people with different religions and traditions can be a wonderful experience, but it can also have its challenges. Problems can arise when there is a lack of understanding, so it is important for people from different faiths to come together and engage in discussion in order to better understand one another.

Since the 20th century the UK has been a home for people from many different parts of the world, who bring with them different cultures and religions, a country where you can see communities from all 6 major religions: Christianity, Buddhism, Islamism, Hinduism, Judaism, Sikhism and much more. Throughout the UK, especially in large cities, you will see many religious buildings such as mosques, temples and gurdwaras alongside Christian churches and chapels, in which people practise a variety of different faiths.

How to handle religion in the workplace can be a contentious issue that many business leaders struggle with.

This is self-explanatory as some companies and institutions are deliberately avoiding people from one or more religions, avoiding religious expressions of employees being actively pushed to the margins or seen as irrelevant to the business. For this reason, religious employees can fear being fired for expressing their beliefs, hiding their religious believes because of a perceived bias against them or the concern that they will be passed over for a promotion because of religious belief.

In this scenario, religion is tolerated yet not embraced by a business or corporation. Instead of avoiding the topic, employee’s personal beliefs inform their work and job responsibilities. Faith-tolerant companies will often accommodate employees through the HR department. This is a first step in embracing all religions but still has a way to go as these businesses still limit religious observance and practice in the company or organisation, without acknowledging or initiating conversations around faith in the workplace.

As Jeff Haanen said, this might be perhaps the most cited among Christian networks of business (in the USA). In this situation business owner’s faith is woven into the day-to-day operations of the company. The CEO is overt about their own faith and will intentionally or unintentionally implement their beliefs on the company’s corporate culture.

This should be the final goal of a D&I leader, in a company that strives to invoke happiness and comfort for their employees. In a faith-friendly business, everybody’s beliefs are welcomed within the organisation. The organisation neither avoids topics of faith or merely tolerates religious expression, instead, it actively welcomes conversations about beliefs, backgrounds, and religious faith that employees hold dear and that shapes their motivations. This perspective is based on essential commitments to pluralism and freedom of religious expression.

How would you classify your company: faith-avoiding, faith-tolerant, faith-based or faith-friendly? What do you think you’d like to change, and how will you get there? If you don’t know the answers to these questions, we are here to guide you. If you are a company that needs help to become a more faith-friendly environment or a job seeker searching for the company that will embrace your diversity and believes Vercida can help.

My name is Aishah and, after graduating from university, I joined HM Land Registry in January 2021 as a trainee Registration Officer in Coventry Office.

Right from the get-go HM Land Registry has been an accommodating and understanding employer that prioritised the health and wellbeing of me and my colleagues during a time of great uncertainty. This meant I, and many others, joined the organisation remotely.

Throughout Law School, I assumed I would go straight into the busy world of work, suited and booted and ready to take on the professional life. Little did I know I would be working from my bedroom, exclusively wearing elasticated waistbands and being welcomed into the organisation over MS Teams.

But for me, this somewhat unconventional way of working has been a huge blessing. The flexibility of working hours and support of my colleagues and seniors in the home environment has been incredibly helpful, especially during the Muslim month of Ramadan. 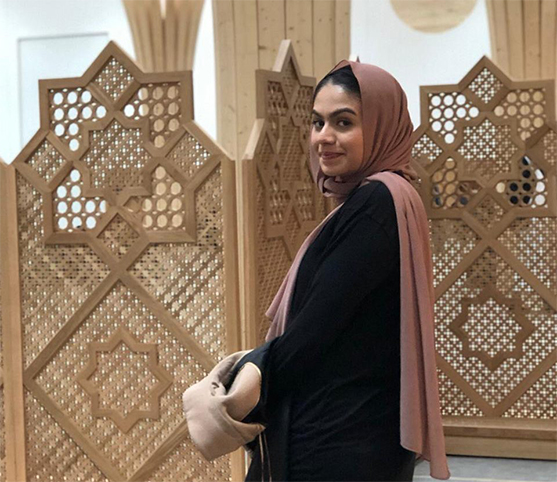 With our culture of choice in the UK we have the freedom to choose our value systems and this often includes our faith or religious beliefs. When people of different affiliations mix together and share their religious practices it can lead to increased moral values, worker satisfaction and a greater spiritual and physical wellbeing. Throughout this month we look at religion and faith in the workplace and how it contributes to a positively influenced diverse workforce. 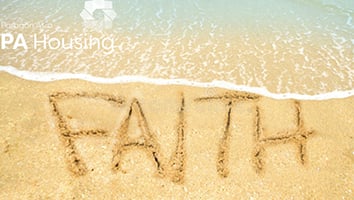 Fwambo Sikazwe Repairs Administrator at PA Housing PA Housing: Religion and Culture Month Series Here at PA Housing, we pride ourselves on the diversity of our staff team and a key aspect of this i... 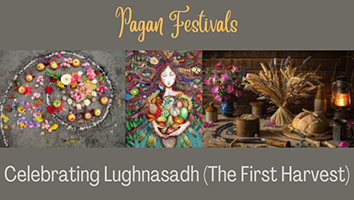 Lughnasadh is often known amongst the Pagan community as the First Harvest, as this is when many of the crops can and will be harvested and then stored carefully for the coming winter months when food...

Hi, I’m Pam Roberts Digital Change Lead in the Chief Information Office at Whittington and proud to be DIO’s Diversity and Inclusion Champion for the Faith and Belief Forum. Why am I proud? Well...